THE STORY OF WOODGREEN

An amateur documentary focusing on the New Forest village of Woodgreen

Including the architecture, landscape, people & animals.

The original soundtrack to the indie video game "Usurper"

Featuring 3 hours and 24 minutes of music!

The trailer music for Usurper.
OST, SOUNDTRACK
The Fog Eater

"A piece of boss music for the video game Usurper.
OST, SOUNDTRACK

The result of a solid month of work and only my second time using Adobe Flash! Also features a custom made piece of music. It was produced primarily to be shown before screenings at a local cinema.

One of my many hobbies is model-making, with an emphasis on railway modelling. Sandy Shores is my attempt at making a 1:76 scale model of what I would consider to be my dream place to live. As such, it's not based on any particular location, but is assumed to be somewhere on the South Coast. The model takes inspiration from a variety of sources; the lighthouse is based on one at Spurn Head, Humber, the grounded railway carriage is heavily influenced by similar ones in Dungeness, Kent, and the sand dunes are inspired by a daytrip I made to Studland, Dorset when I was doing my GCSE coursework!

The layout was built on and off for 4 years. The length of time can be attributed to the seasonal nature of my model-making. I typically only spend a month or two of the year on it, due to more important things requiring my time.

All the structures are scratchbuilt, using wood (lollipop sticks and balsa), and plastic sheet. Careful attention to detail has resulted in an overall air of what I would describe as typical seaside tattiness! Faded colours and sunbleached wood are the norm, along with heavily rusted corrugated iron.

Sandy Shores breaks a few established design rules, namely by locating a tall intrusive structure right at the front to create an artificial view-blocker. This actually forces the viewer to hunt for interesting angles as they naturally try to peek around it. The baseboard is a very unusual curved design that culminates in a point on one end; much like the fictional spit that it is supposed to represent. Other design quirks include an unusual track plan; whereby the locomotive shed headshunt crosses over the siding headshunt at an angle, and on the level. This means train movements have to be carefully planned to avoid blockages!

The whole layout was designed with relative portability in mind. To that end, the trolley it sits on has wheels, and is collapsible; as is the lighting rig, pelmet, and fascia. Everything slots together with no fastenings, making set-up and take-down a breeze. The end result is a layout that fits into my little car with room to spare, meaning I can take it to exhibitions far and wide on my own. 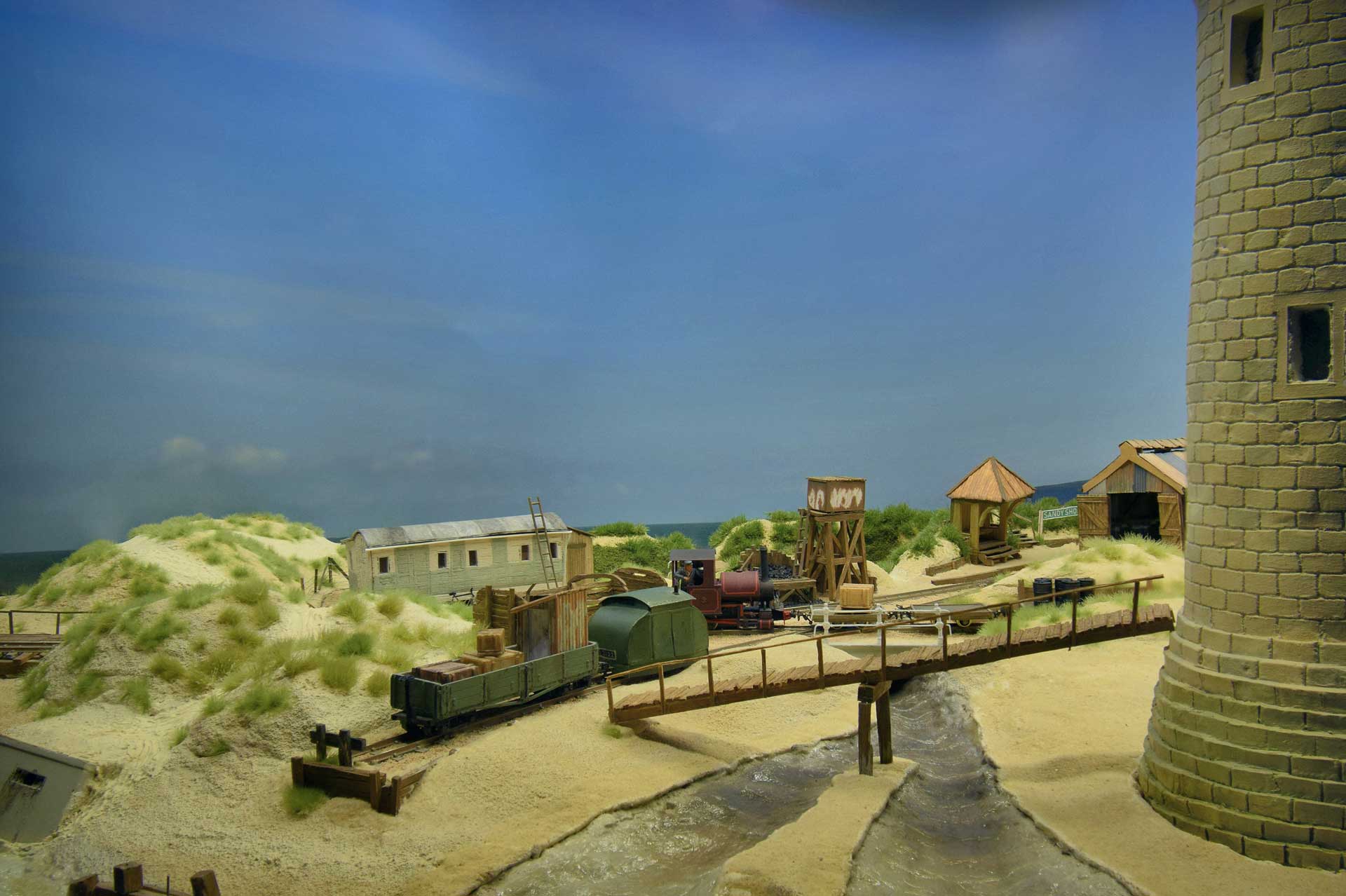 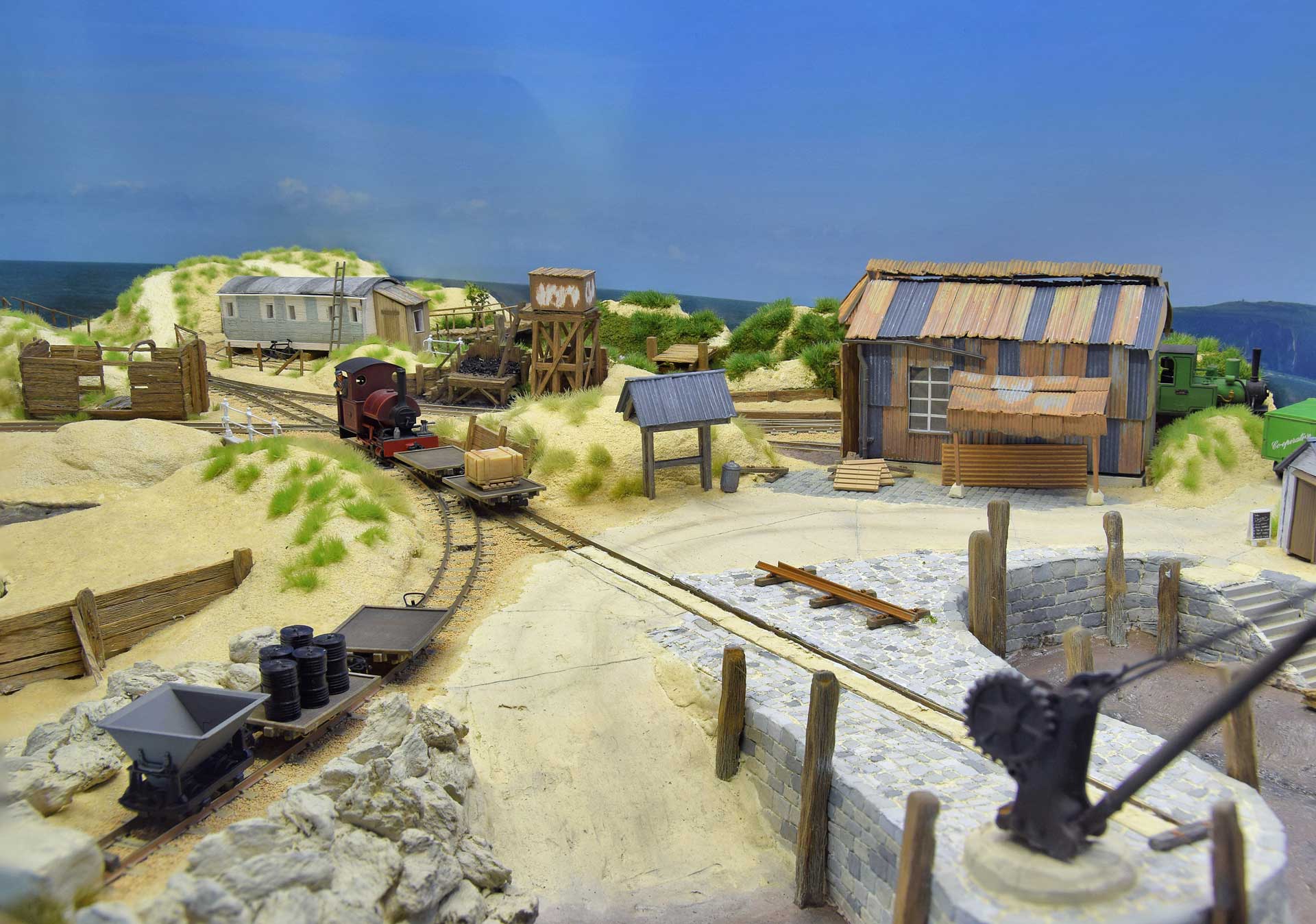 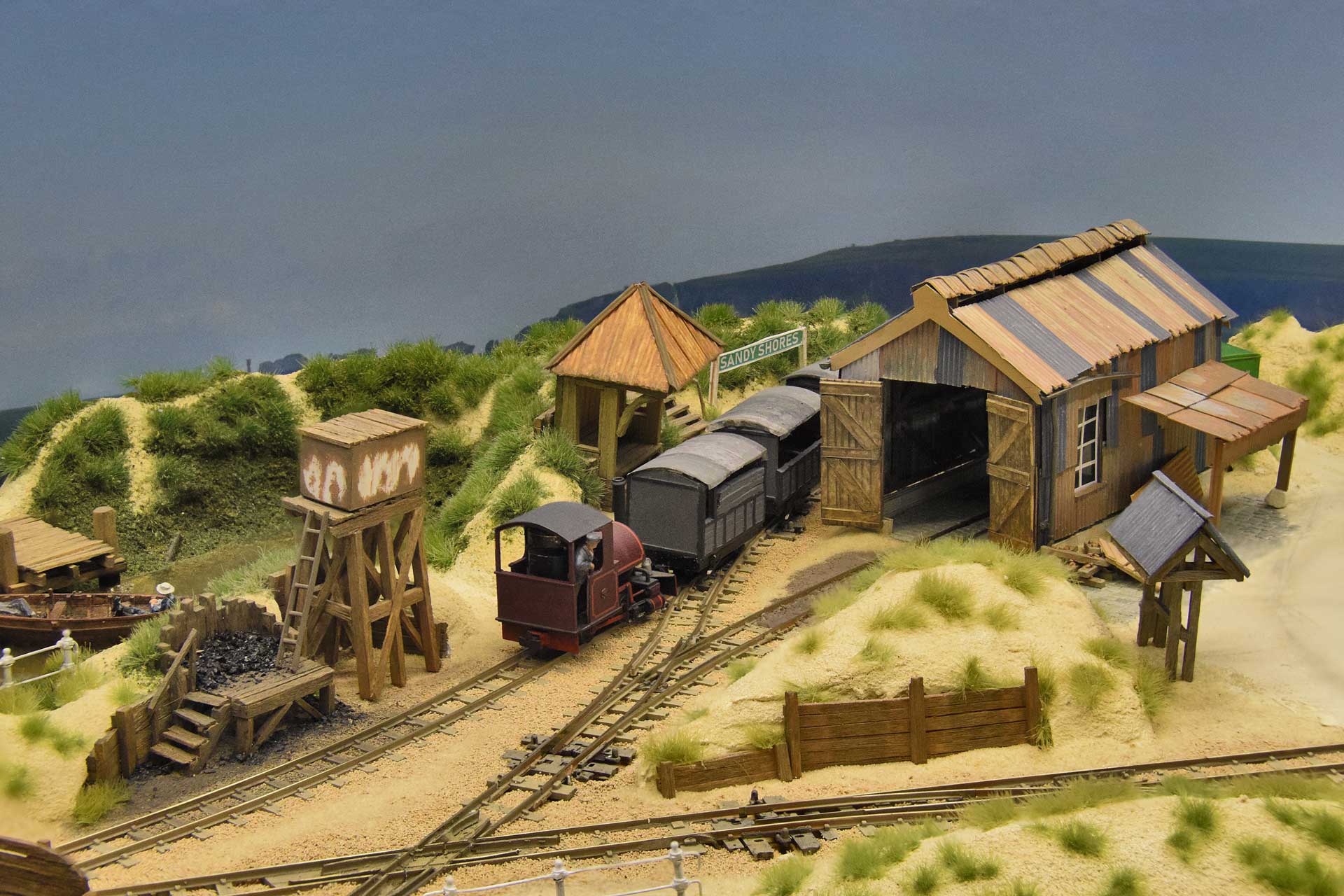 The soundtrack to the indie video game "Shrouded in Sanity"

The title piece for Shrouded in Sanity.
OST, SOUNDTRACK

Trying to save a community building!

With a bleak outlook forecast for this once important community building, I tried to buy this beautiful old Chapel to keep it in the best interests of the community.